What to Expect When Starting Yoga

The Art of Non-Attachment in Yoga

7 Life-Changing Stories of How Yoga Heals 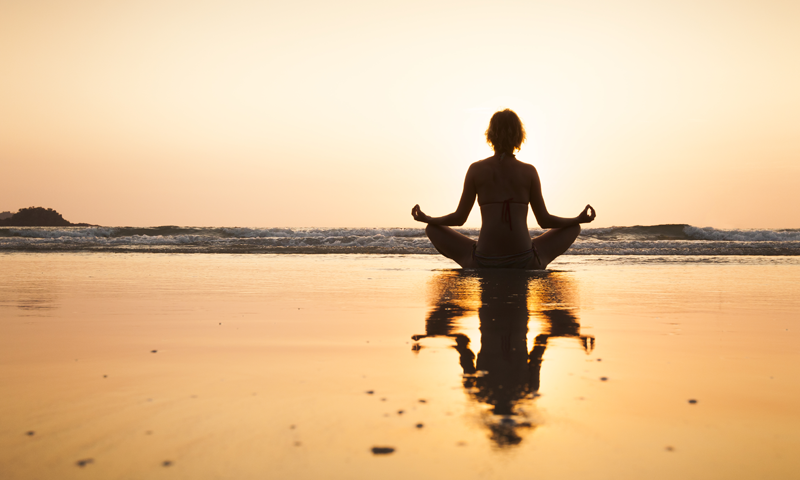 It’s common knowledge that yoga has several health benefits. But did you know that hitting the yoga mat can heal physical conditions? Instead of providing short-term relief, some people have used yoga to banish their health condition for good. In this article, we explore 7 life-changing stories of how yoga heals.

Kate Sawford was diagnosed with bone cancer in 1993. At that time, she was just 11 years old. She underwent a year of chemotherapy and a rotationplasty, a medical procedure that involves removing the knee joint and replacing it with the ankle joint. Fortunately, this cured her condition and saved her life. However, she went on to suffer from chronic hip pain as a result of the rotationplasty. In 2007, Kate decided to take up yoga. After a year of consistent practice, she’s found more relief than she ever thought possible and can happily say that the pain is a distant memory. In addition to healing her condition, Kate has gained rich friendships and the discipline to get up at 5 am most mornings to do what she loves. She’s also learned how to remain present and gained a deeper acceptance of her body – something that she struggled with for years following her health condition.

At the age of 41, David Knee was diagnosed with Multiple Sclerosis. Instead of looking forward to the future, he began to fear what his life would become as his body grew weaker. Unfortunately, he spent years believing there was nothing he could do to combat the condition, other than relieve the symptoms through medication. While this provided short-term relief, he was told that his condition would only get worse with time. By the time he was 58, he was weak, immobile, overweight and pre-diabetic. It was at that point that he decided to try yoga. After getting some advice from a knowledgeable teacher, he made the leap and attended his first Mysore class. Over the coming months, he gained strength and flexibility, lowered his blood sugar and lost 32 pounds. Through yoga, David was given back his independence and gained a future.

From a young child, Harmony Slater had dreamt of becoming a professional ballerina. Unfortunately, this ambition was surrounded by a culture of bulimia, anorexia and body dysmorphic disorder. After 15 years of training as a dancer, Harmony knew she had to remove herself from the environment if she wanted to stay alive. Leaving her passion behind, she removed herself from the world of dance and was left a little more than a shadow of herself. Two years later, she was still suffering from body dysmorphia and hated almost everything about her body. Fortunately, it was then that she found yoga. After her first class, she realized that yoga could be a path of healing. For the first time in years, she felt alive and vibrant and wanted nothing more than to bring her body back to health. She began to fill her body with healthy food and heal her mind with positive self-talk. Through regular yoga practice, she increased her awareness and began to notice when she was falling into negative patterns. For the first time in her life, Harmony felt worthy of joy and self-love. 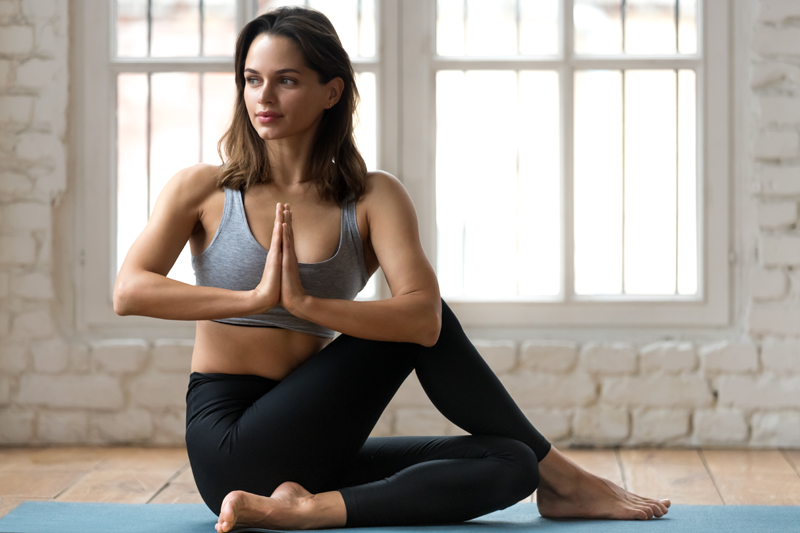 Samantha Fiona Lucas stumbled across yoga while going through a divorce and suffering from severe depression. Before long, she made her first pilgrimage to Mysore to practice with yoga guru, Sri K. Pattabhi Jois. Her depression immediately started to lift and her thoughts about dying subsided. A few years later, Samantha was involved in a motorcycle accident and lost her right leg below the knee. Straight after the accident, she was unsure whether she would ever be able to practice again. However, a few days later, she decided to run through a sequence in her hospital bed. Practicing only what she could, she concentrated on breathing and moving gently through the asanas. To her amazement, she was able to do so much more than her brain believed. The practice provided both physical and emotional relief, just as it had done years before. With yoga, the pain was too much for her to bear. Today, Samantha refers to yoga as the shining light that picks her up every day and keeps her pain-free.

From the outside, Kino MacGregor looked like she had it all. She’d published two books, traveled the world, bought a house, and shared her life with her devoted husband; however, she woke up almost every day with suicidal ideation. Everywhere she looked, she only saw pain. After realizing that she wasn’t well, she turned to yoga to search for meaning in the big and small areas of her life. Through regular practice, she combatted her depression and no longer felt suicidal. She learned to treat herself and every living being with respect and kindness and to act with justice and integrity. Today, Kino runs a yoga center and uses yoga and meditation as a form of self-care.

As the mother of four young children, Sonia Jones made taking care of her kids her top priority – so much so that she stopped caring for herself. Though she told everyone she was fine, on the inside her mind and body were in pain. After suffering for years with chronic back pain, she finally decided to seek medical advice. By this point, her condition was so bad that she was rushed for emergency surgery and was at risk of being paralyzed from the waist down. Even after the surgery, Sonia was in so much pain that she wasn’t able to move. It was then she realized that a major lifestyle change was needed. She began practicing gentle yoga poses and noticed immediate relief. After a few months, Sonia was living pain-free and had a whole new lease of life.

After almost losing her son at birth, and then again two months later, Jan Goranson took to running as a way to let her emotions go. A few years later, she was faced with another high-risk pregnancy and advised to stop all exercise and take it easy. After her second child was born, she returned to running and began training for a marathon. However, just two months after the delivery of her son she discovered a lump in her neck. She was then diagnosed with Thyroid cancer.

After having two surgeries to remove the tumor, she underwent radiation treatment due to the cancer spreading. Due to the high amounts of internal radiation that she had been administered, she had to be separated from her husband and two young children. She was at an all-time low. Jan started practicing yoga to help navigate her way through the illness but ended up gaining a new lease of life. As well as relieving her physical pain, yoga helped her to cope with the emotional rollercoaster of her illness. Through the practice of Ashtanga, she has learned to explore the inner workings of her body, both on and off the mat. Jan truly believes that yoga saved her life.

So, there you have it – 7 life-changing stories of how yoga heals. These true-life tales prove that putting on your yoga pants can truly change your life. All it takes is trust, patience, and dedication.