Herbs for mental clarity and energy to boost your mental processes

What is body Aura and the meaning of different colors? 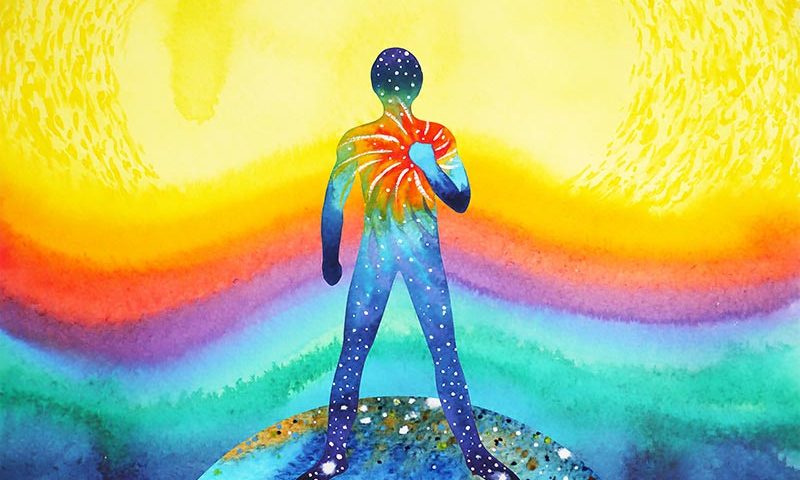 What is body Aura and the meaning of different colors?

Body Aura is best described as the field of energy that surrounds one’s physical body. Made up of millions of tiny cells, our physical body is constantly slowly vibrating, giving off a certain amount of energy at all times. On the other hand, our body aura comprises of even smaller cells, vibrating at a faster rate than those of our physical state. Commonly referred to in alternative medicine, each persons body aura is believed to make up of a set of different colors, typically known as ones ‘spiritual colors’. Each individual is thought to hold their own set of spiritual colors, relating directly to his or her state of health, personality traits and even the mood or intent of the person, too. With this in mind, is popularly believed that those auras are capable of showing diseases and ill-health before any physical signs have presented themselves. In this article, we explore the initial theories behind the electronic field, scientific studies that have been carried out and discuss how body aura is most used today.

History and of Body Aura

A former priest of the Church of England, Charles Webster Leadbeater, is thought to have been one of the first individuals to popularise the concept of body aura. Whilst studying the subject of Theosophy in India, Leadbeater came to the conclusion that he possessed the capability to use psychic powers to conduct scientific investigations. Recorded in 1903, one of the earliest theories on body aura was published in his book ‘Man Visible and Invisible’, where he explained how one’s Aura changes and develops based on their moral evolution throughout life. A few years later, Leadbeater made the connection between body aura and chakras in his book ‘The Inner Life’, in which he referred to the body’s chakras as points of energy and associated each of them with specific areas/organs of the body.

While Leadbeater’s theories were picked up by a few other theosophists over the following years, for the majority his ideas remained of little interest until the beginning of the 1980’s, where the power of body aura and chakras was adopted by the New Age movement, increasing exceptionally in popularity. Christopher Hills, an American esotericist, published a book based closely on the ideas of Charles Leadbeater, but with a marginally simplified representation. As opposed to body aura and chakras being depicted as intricately detailed shapes, he illustrated them as single points of energy, each one is distinguished by its own color. From this point onwards, the same ideas of body aura were adopted by numerous New Age writers, representing aura based on Christopher Hills interpretation of Leadbeater’s complex ideas. Body aura and energy Chakras quickly became a popular mainstream belief, with many alternative therapists claiming to be able to be able to clear blockages of the Chakras with crystal healing, and use techniques such as bioenergetics to read a persons body Aura – a technique that is still ever-present today.

Over time, an array of experiments have been carried out to determine whether scientific prim lies behind the theory of body aura. With the development of modern technology, the theory of man’s body aura has, in fact, proven to be true. Shown through small vibrations that differ to those of the physical body, body aura is capable of being shown on camera through a process known today as Kirlian Photography. Discovered by Semyon Kirlian, the unique photographic process involves capturing Auras subtle energy field through the use of electronic instruments. Over the next few years, scientists began to develop Kirlian’s discovery, resulting in the birth of the Kirlian Camera. Used to detect the electromagnetic field around the human body, it is now possible to investigate further into the theory of body Aura.

Different Aura Colors and their meaning

It is thought by alternative therapists that each individual is born with a set of spiritual colors, which can be seen by a trained eye from the moment of conception. These colors are believed to be directly related to our body aura and chakras. While these are not visible to the average person, it is believed that some are born with the gift of being able to see them; people that are born with this gift suggest that different colors of aura relate to different personality types, and even show signs of ill-health before physical signs become apparent.

According to alternative medicine, the shape, color, and size of an individuals aura are thought to relate to a variety of different things about the person, with the potential to vary in color and luminosity depending on a persons mood and intent. Below we discuss some of the main spiritual colors behind Aura and look into the personality traits of each one.

An incredibly interesting and talking about subject, body aura is used in both traditional and alternative medicine to this day. Related closely to the energy vortexes known as chakras, your body aura can become clogged and unbalanced during times of stress and ill-health. Specific forms of meditation and an array of yoga postures can be beneficial in purifying the body’s aura; so if you suspect you may be a little off-balance, try picking up some decent yoga clothes and attending a local class to restore your health and well-being to its optimum level.