Ekadasi Fasting – what is it and benefits of fasting

Back Pain: Yoga for Sciatica 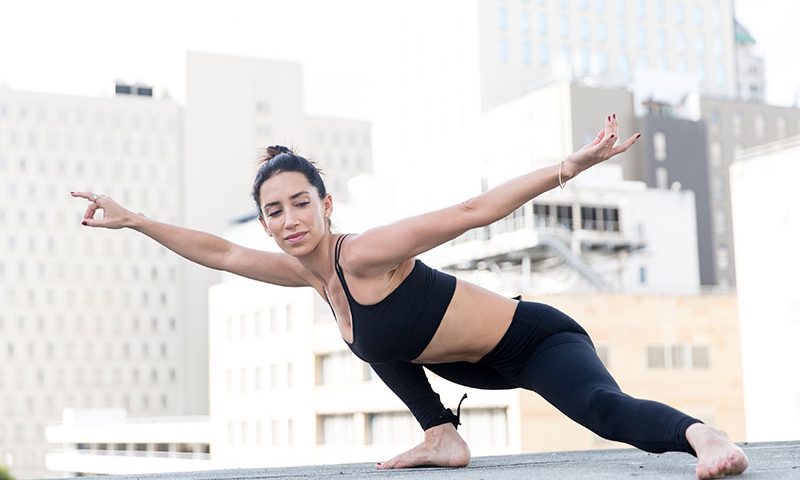 The majority of yoga enthusiasts understand that there are multiple types of yoga out there. Each one focuses on a particular aspect of the exercise and carries this out through a specific practice. Hatha Yoga, one of the most popular types, is an in-depth practice, focusing on everything from daily exercise to diet.

For those that are interested in quick and impressive results, Hatha Yoga may be the practice to opt for due to the swift changes the exercise is known to generate. Originating from the word ‘force’, many believe that the term “Hatha” forces the mind and body to change. Although initially, this can be strict, once the participant is fully immersed an easier way of life awaits with clear rules to help them stay on track.

The Basics of Hatha Yoga

Many different elements are involved with following the Hatha Yoga teaching, all contributing toward the main of creating an environment in which the body and mind can thrive. By adapting your lifestyle in a number of small ways including eating a restricted diet and practicing meditation, it is believed that this form of yoga has the ability to force changes in your life.

A cornerstone of this yoga type is moderate eating, which means not consuming too many rich foods, or overindulging. If you are choosing to practice this kind of yoga, it is important to only eat when you are hungry. Treating the body as a temple for worship is also emphasized by the holistic practice, which includes practicing daily rituals including washing and cleansing. These need not be in-depth or intensive but should remain a mindful process to reflect on the day.

The breathing exercises involved in Hatha Yoga are another contributor that is essential for success. Differing slightly to those outlined in other types of yoga practices, the exact processes and patterns for the techniques can be found in Hatha Yoga texts.

Posture is also essential in Hatha Yoga. The practice teaches how to perform specific postures known as asanas. These effortless positions should encourage a meditative state of mind, due to their relaxing nature, far from other distractions. Once you have masters the Asana postures, you should be able to focus on ridding the body of negative energies as well as cleansing the vital energies.

Although these practices may be smilier to other yoga teachings, there are a couple of key differences that make it unique. Hatha is one of the most intense forms of yoga, but if the time and effort are put in then it can have a huge effect on one’s life. Based purely on effortless transformation, it can be a hard task for beginners to master; however, over time, it will become easier to live by these teachings, especially when the benefits start to appear.

The History of Hatha Yoga

Dating back to ancient Sanskrit texts, Hatha yoga first appeared in the 11th century CE. Throughout history, a wide range of texts have been produced based on these principles, with later editions adapting the principles marginally. Although small fragments of the teachings are believed to exist before this date, the name Hatha Yoga isn’t used until later.

In rural India, Hatha Yoga has been popular for thousands of years. As with most yoga practices, the techniques have also been adopted in the west by casual users in addition to yogis. There are various branded forms of yoga that pick up on aspects of the Hatha practice, such as Bikram and Vinyasa; however, these techniques can be taught in a single session, whereas the original Hatha Yoga is a lot more intense, and is based on an entire lifestyle movement.

Today, it is common for this type of yoga to focus purely on the breathing, posture and meditation aspects of the holistic practice. However, without the restricted diet and daily cleansing rituals, the process isn’t as effective for most. Although benefits are still present, they can be enhanced further by following the teachings as a whole rather than just focusing on specific aspects.

The Goals and Benefits

As with most yoga types, the main goal of Hatha Yoga is to extend the lifespan of the practitioner and enable them to feel more in tune with their surroundings. By reducing everyday stress in a calm, meditative environment the blood pressure drops and our mental health is thought to benefit. With regards to the restricted diet, the teaching ensures that the user does not overeat, which also has a positive effect on the body. Today, most people have a diet of excess and overindulgence, which can not only have short-term effects on our overall health but can also result in a shorter life expectancy.

Among the main focuses of Hatha Yoga are liberation and enjoyment. After meditation, the participants should feel liberated and experience a sense of universal enjoyment. Improved stress management and better sleeping patterns are just a couple of the benefits reported from practicing yoga as a whole. To enhance these benefits further, it is advised to practice this type of yoga on a regular basis.

The aim of Hatha Yoga is to live an overall healthy life, though the practice can also be used for weight loss, too. Those that aspire to control their eating habits and lower their blood pressure can find this practice incredibly beneficial. As it is so strict, there’s little room for negative influences in the process, consequently helping with a range of mental health issues such as addiction and depression.

The end goal of Hatha Yoga is to provide the user with a healthy, happy life full of liberation and enjoyment. Taking the time to learn how to meditate and breathe can bring significant benefits to one’s life, even if you don’t opt to use the full process – so why not pick up some comfy yoga gear and attend a local class. For those that decide to practice each aspect of the teachings as a whole, the improvements and long-term health benefits can be massive.