What Vitamins and Nutrients to take for Long Hair and Nails?

Ekadasi Fasting – what is it and benefits of fasting 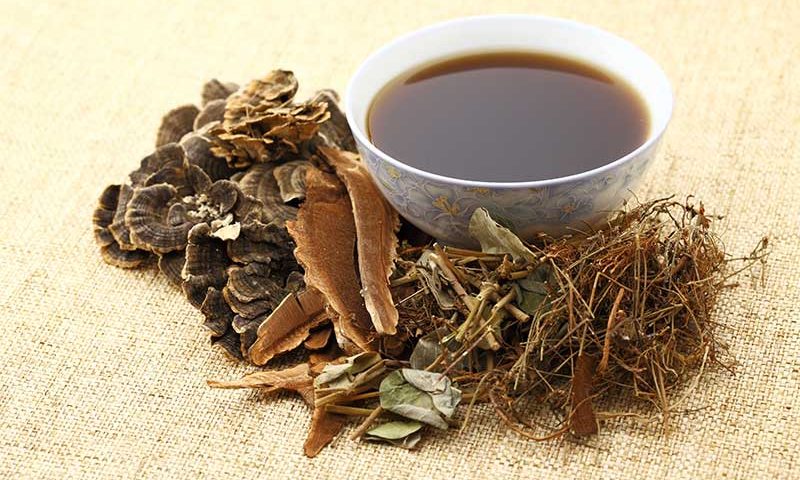 Dating back thousands of years, Chinese herbal medicines are some of the oldest in the world. Over time, it has had an enormous impact on medicine worldwide, with many people still relying on the original natural methods to this day. In this article, we will discuss this area of medicine and explore whether the ancient herbs are still relevant today.

What is Chinese Herbal Medicine?

Part of a long tradition, Chinese herbal medicine dates back to the 3rd century BC. Simply put, it is the practice of using plants, herbs, trees and even flowers to treat chronic health issues and ailments. Herbal medicine can refer to something as simple as adding a single herb with relaxing properties into a cup of tea or can be much more complicated, involving the combination of hundreds of herbs – each with their own properties.

In the form of an unbroken chain, these medicines have been passed down from practitioner to practitioner, ever since their invention. Over time, some of the formulas have been adapted and improved upon, whereas other effective remedies have stayed the same. Chinese medicine today takes into account the leaps and bounds that the rest of the medical industry has made, and with the use of diagnostic techniques and research methods, continues to adapt and improve upon to modern day.

One of the fundamentals of Chinese medicine includes the concept of a Yin & Yang in the body. In the event of disharmony or unbalance of either of these, the body may encounter illness, stress and other symptoms as a result. In Chinese medicine, the aim of the practitioner is to find a remedy for this and allow the body to regain balance once more. The first part of the process is the diagnosis, which includes checking the Qi of the patient to determine the cause of their ailment. After a diagnosis has taken place, an effective treatment can be selected to rebalance the patients Yin & Yang.

Types of Chinese Herbal Medicine and their Benefits

A whole selection of different herbs and treatments can be used for many different ailments within the system. These included over 13,000 medicinal and around 10,000 prescriptive ways that they can be combined. Common contributors to these treatments include cinnamon, ginseng, ginger, and sage. These components are now commercially used in a variety of products including energy drinks and immunity-boosting smoothies.

Each herb boasts several properties that are specifically used to aid certain symptoms; for example, cinnamon has a warming effect so is commonly used as part of a remedy for a cold, chill or other temperature-related illness.

Common Ailments that can be Treated

Some of the most common ailments that are treated with Chinese herbal medicines include stomach problems, eczema, arthritis and even fatigue. They are often used to improve the mental health of the patient, too, with some remedies being recommended for problems such as depression or anxiety.

Practitioners advise that these medicines are most effective when the health issue has reached a chronic stage; this often happens to coincide with when people turn away from conventional medication if they discover that it is not benefiting their condition.

Over the years, great successes have been reported with herbalists being able to help those suffering from depilating illnesses. These individuals had often given up leading a normal lifestyle before turning to Chinese medicine as a final resort.

There are a couple of different ways in which herbal medicine can be taken. The traditional way involves grinding the dried herbs into a powder, which can then be added to hot water and be consumed; however, many may be put off by this due to the strong taste of some of the herbs. In Ancient China, people often decided to chew on whole plants to release the medicine inside. There is also the option for them to be placed into the form of a pill, although this is seen as being a less effective option.

For this reason, the most common method of administering medicine today is through the use of freeze-dried powders and creams. While some traditional herbalists suggest that these are not as effective as consuming the herbs directly, modern herbalists report great success using this method. The modern process is often much more appealing to the patient, as they can easily apply the ointment to the skin rather than ingesting the herbs.

Where do the Herbs come from?

Commonly, herbalists work alongside botanical gardens and gardeners to access a variety of different herbs. There is also the option to import them from other countries, though importation laws often make this a difficult task. Any good herbalist will stock hundreds of types of herb, most of which can be boiled down into extracts and then easily dropped into a cup of tea.

Often, the herbs are stored in large jars behind a counter; following the patient’s consultation, the herbalist will measure out the required amounts of each product. Some believe that this bespoke process gives Chinese medicine the edge over modern western remedies, which don’t always take into account the individual’s requirements.

Over the years, many doctors and scientists have explored the efficacy of this type of medicine. A variety of Cochrane review studies have discovered herbal remedies to an effective treatment for blood-related illnesses. In some circumstances, they have been thought to outperform medicines such as NSAIDs.

Due to the fact that much of the evidence for Chinese herbal medicine is largely anecdotal, some people remain skeptical. These type of testimonies aren’t particularly useful as proof of the practice, but this doesn’t stop people from swearing by the remedies.

Chinese herbal medicine is believed to be life changing by some and uselessly ineffective by others; it all comes down to personal preference. If you consider trying this natural solution for your own existing ailments, always remember to seek the advice of a professional practitioner. To benefit mental health, try taking a herbal remedy alongside a low-intensity form of exercises such as yoga or pilates; picking up a yoga mat and attending a local class can work wonders for both the body and mind.