Top 10 Yoga Festivals in the USA

Kriya Yoga: What is it and What are its Benefits?

What is the Difference Between Yoga and Pilates? 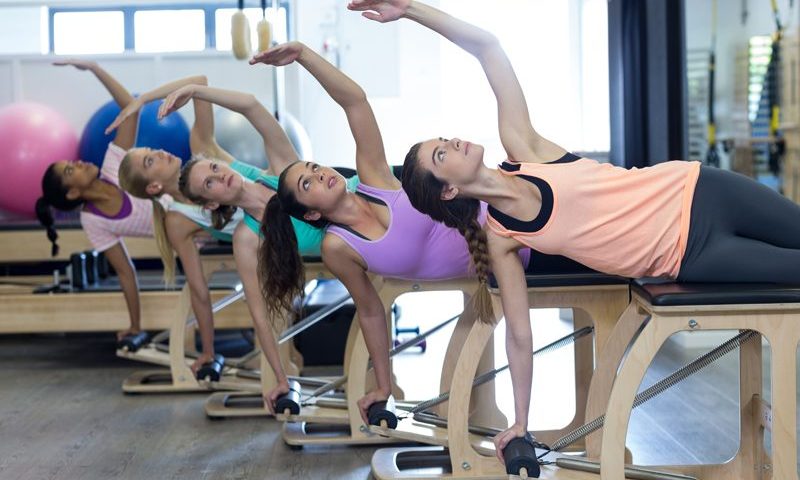 If you’re new to yoga and Pilates, it can be difficult to determine which is best suited to your goals, strengths, and body. While the two exercises are often considered similar, they are actually very different. In this article, we explore the popular exercises in more detail so that you can choose whether to hit the yoga mat or head to the Pilates studio.

The first difference between yoga and Pilates is their histories. Yoga is a sacred practice developed in India over 5000 years ago. Back then, its key purpose was to connect the individual consciousness to the universal consciousness. Since its origin, the practice has combined asanas, breath control, and simple meditation to improve physical, emotional, and spiritual health. The repetition of the asanas is designed to calm the busy mind while the physical movement builds strength and flexibility.

Pilates, on the other hand, is more new-age. Founded in 1925 by Joseph Pilates, the practice was first used for physical rehabilitation. The main goal of Pilates is to improve posture, strengthen the core, stabilize and elongate the spine, and develop balance and overall strength. The practice has developed and changed dramatically over the years; however, the main goals of improving postures, strengthening the core, elongating the spine, and developing balance and strength have remained the same.

While both exercises move the body in a similar way, they use totally different equipment. For instance, Pilates uses machines such as the Cadillac, Wunda Chair, reformer, small barrel, spine corrector, tower, etc. Most of these machines use a pulley system with different springs for resistance and are used to perfect alignment, improve strength, and fix inconsistencies in the body. Yoga, on the other hand, can be practiced with just a mat. If necessary, other minor equipment can be used to aid the poses such as straps, blocks, bolsters, or a blanket.

The spiritual component is one of the biggest differences between yoga and Pilates. To put it simply, yoga is a meditative practice and Pilates is not.

During yoga, you are encouraged to work the mind just as much, if not more than the body. It also uses breathing exercises to reduce stress and benefit emotional health. Pilates is more of a traditional exercise routine used to benefit the physical body. Traditionally, Pilates was used to help injured sportspeople, whereas yoga was created as a path to spiritual enlightenment. 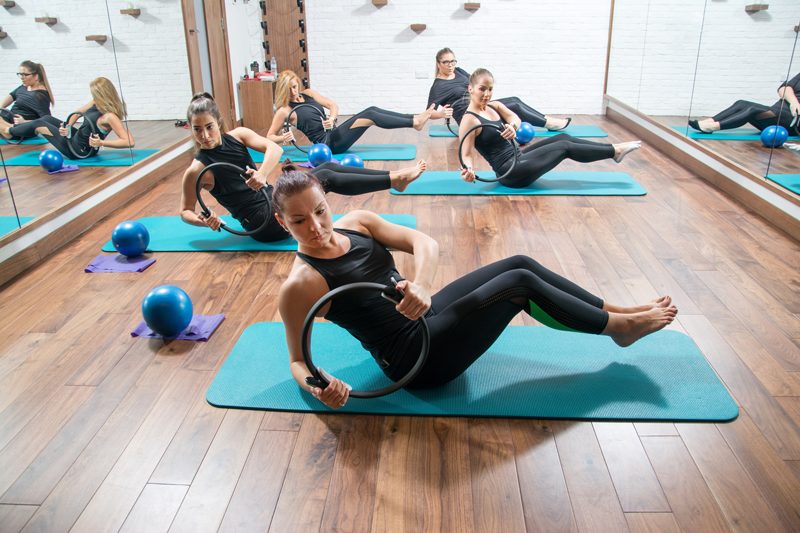 Pilates and yoga are carried out in very different ways. The mind-body connection is the heart of yoga. Because of this, traditional yoga prohibits the use of exercise machines. Instead, the practice uses body weight to serve as resistance. With this in mind, a yoga class is run very differently to a Pilates class. At the end of a yoga session, students are encouraged to use guided meditation and savasana.

Most Pilates classes use equipment to challenge the body to control body positioning and muscles in unstable environments. As the practice can build stability in the core and throughout the body, it’s often used as a rehabilitation tool. Today, many physical therapists use Pilates as part of their recovery program or advise clients to take up Pilates once they have finished their treatment.

The poses performed during Pilates and yoga are quite different. Another big difference is the time spent holding them. Typically, yoga poses are held for far longer than Pilates moves. This allows the body to fall deeply into each pose and reap the full benefit. Once you come out of the pose, it’s advised to repeat the flow of these moves.

During Pilates, you don’t often hold poses or repeat them in sequences. The movements used in Pilates are shorter with few repetitions; instead, there is a major focus on precision and control. Once the movement is done, you typically move onto a totally different pose. While the two exercises certainly have their differences, both have the same goal of focusing on technique, alignment, and breath control throughout.

Whether you’re better suited to yoga or Pilates depends on what you’re trying to achieve. While the exercises share some of the same benefits, they also have their own unique ones. A yoga class is designed to work the entire body, whereas Pilates mainly concentrates on the powerhouse muscles. These are the deep muscles of your core and the muscles of the hips and spine, such as the outer thighs and laterals. Instead of working the entire body, more specific yoga classes may focus on particular muscle groups. For instance, flow yoga often focuses on the extremities. Before choosing a yoga or Pilates class, decide which muscles you want to work and go from there.

The best exercise for you also depends on what you want to experience during the class. If you’re looking for something relaxing, we suggest putting on your yoga pants and finding a local yoga class. If you’re after something more physical, you may be better suited to Pilates. If you’re still not sure which one to go for, why not try out both? Then you can make an informed decision on which one is best for you. Whether you go for yoga, Pilates, or a mixture of both, get ready to enjoy the benefits of a strong, healthy body and a stress-free mind.