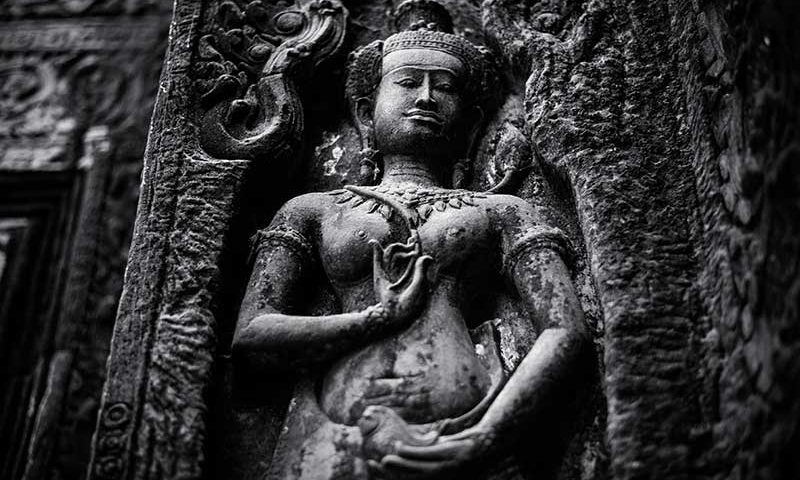 The global popularization of yoga in just the past decade is incomprehensible. For thousands of years, yoga has been an integral part of select cultures but entering the 21st-century, it’s grown to be infectious. Not only are fitness fanatics enjoying yoga, but so are office workers, mothers and, increasingly, men – while initially dominated by male practitioners, there are now more female yoga students than male. Bloggers, vloggers, and celebrities front most of the yoga’s growth, but yoga’s health benefits play a part, too. After all, yoga is excellent for relieving stress, anxiety and even insomnia.

Yoga, health, and well-being influence an assortment of industries, including tech, entertainment, food, fitness, and fashion. There are so many developments in yoga, including new styles, poses and suggested principles for how to live, including what to eat, that it’s hard to keep track, even for seasoned yogis.

Below, explore the eight most widely regarded types of yoga around the world.

Established by Indian yoga teacher Bikram Choudhury in the mid-20th-century, Bikram yoga – also known as Hot yoga – takes place in studios heated to 40°C, which aims to “mimic India’s climate” for an authentic yoga experience. During Bikram yoga, you will practice many of the traditional Hatha yoga poses such as the Eagle, Half Moon and Locust; however, you will do them in a fashion that makes you excessively sweat – the heat also improves flexibility and detoxification for good health. Bikram includes 26 poses. There are hundreds of Bikram yoga studios across the UK, so you’re never too far away – try it after work with your colleagues or go it alone to let off some steam and release toxins.

Both physically and mentally challenging, Kundalini yoga is an ancient style that focuses on exercise, meditation, and spirituality to “awaken” the energy at the base of the spine and draw it upwards through your chakras. As well as poses, during Kundalini yoga, you will practice chanting and deep breathing exercises to help you relax and balance your energy. Kundalini yoga focuses on sequences that comprise of poses completed in succession, leaving you little time to rest, which makes it a very active and, therefore, fitness-boosting yoga. If you tend to opt for a traditional Hatha yoga class but want to up the ante, you ought to bring your physicality and spirituality together with Kundalini yoga.

The original form of yoga that describes the practice itself, Hatha yoga is ideal for beginners or sporadic yoga students and comprises a variety of slow-paced stretches and breathing exercises, which make it a less intense but equally effective stress release. During a Hatha yoga class, you will learn how to perform and hold poses correctly while focusing on your breathing – helping to relieve both physical and emotional anxiety and stress. Hatha yoga is straightforward and gives you time to yourself.

If you are a seasoned yogi looking to try something new, you might want to give Ashtanga yoga a try. Typically, Ashtanga is considered one of the more challenging and athletic styles of yoga – it requires experience, strength, and concentration. The practice includes six different sequences which you can try independently during class – every sequence has a different focus and benefit. For instance, Yoga Chikitsa – the first sequence in Ashtanga yoga – aims to detoxify, strengthen, increase flexibility and improve stamina. The Ashtanga process comprises of 75 yoga poses you can practice independently or while led during a yoga class. There are Ashtanga yoga classes available in almost every UK town.

Anusara yoga began in 1997 as a modern take on Hatha yoga – it was created by American yoga teacher John Friend and focuses on biochemical alignment, which Friend refers to as the Universal Principles of Alignment. Teachers apply the principles to every pose in an Anusara class; it aims to connect the physical and spiritual aspects of yoga for all-around mindfulness and physical development, such as strength and concentration. When transitioning from one pose to another, you control your breathing which, ultimately, helps to relieve stress, anxiety and physical tension.

Founded by B. K. S. Iyengar in the mid-20th-century, Iyengar yoga is unique in its approach as it uses props such as blocks, straps, and harnesses to help with balance and alignment. Consequently, Iyengar yoga is one of the most accessible types of yoga – it is suitable for all ages and body types, including those with physical limitations such as the elderly and disabled. Iyengar yoga uses a series of precise poses for optimum alignment, which helps to improve balance, healing and recovery, and strength.

Developed by New York yoga teacher Sri Dharma Mittra – student of Sri Swami Kailashananda – Dharma yoga is a highly-spiritual type of yoga that aims to encourage “self-realisation” using traditional yoga techniques that aim to boost balance, as well as twists, back bends, and inversions. Dharma yoga allows energy to flow freely through up and down the spine which, in turn, is thought to balance all your chakras; this helps to ensure good health, a clear mind and, ultimately, a kind heart.

As detailed above, every style of yoga has its unique mental and physical benefits. Before committing to a regular yoga class, ask yourself what you’re looking to achieve by practicing yoga and then try a handful of different types that are best suited to your requirements. By trying different kinds of yoga, you will find a method that works perfectly for you – improving how you feel in mind, body, and soul.