Intermittent fasting for weight loss and to burn those stubborn calories 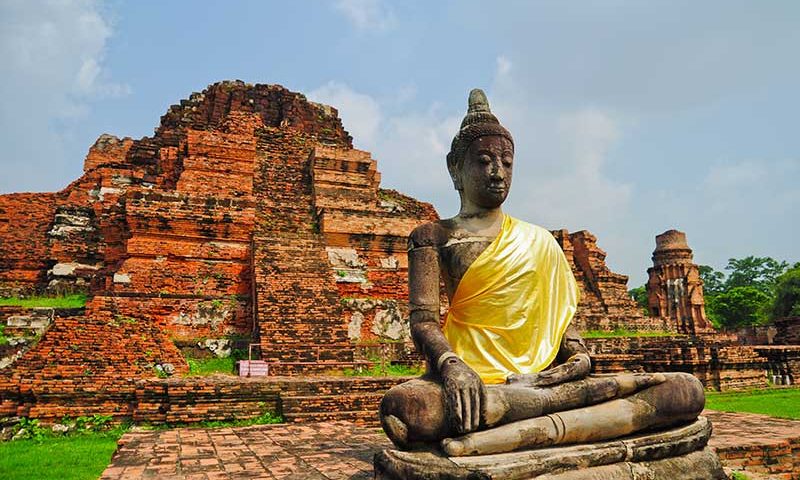 Where you’re looking for inspiration via cinema or want to spruce up your yoga knowledge and learn more about its rich history and different yoga practices, movies are always an excellent, enjoyable source of entertainment and education. In movies, yoga is everywhere – sometimes, you might not even notice it. Remember Scarlett Johansson’s portrayal of an attractive yoga instructor in rom-com favorite He’s Just Not That Into You (2009)? And how about Eat Pray Love (2010)’s Elizabeth Gilbert, played by Julia Roberts, as she ventures to India on a journey of meditation and self-discovery? If you want to immerse yourself in yoga, watch some of our favorite yoga documentaries – see below.

Of course, there are hundreds if not thousands of short films and documentaries about yoga; our list includes some of our favorites and those we feel are most beneficial and enjoyable for a medley of audiences, including yoga enthusiasts, yoga practitioners, aspiring yoga teachers, and the spiritual.

Directed by renowned Indian film director, screenwriter and documentary maker Pan Nalin, Ayurveda: The Art of Being explores the tradition of Ayurveda – the ancient Hindu system of medicine. Ayurveda has been part of Indian culture for more than 3,000 years and, increasingly, it’s growing in popularity all over the world. Nalin’s documentary looks at the “science and art of living” and how the mind, body, and soul are equal when pursuing optimum health and emotional clarity; the key is to align all three for ultimate balance. At the beginning and throughout, Nalin’s documentary features several interviews with dedicated followers of Ayurveda as well as practitioners to shed light on the practice.

As the attack on New York’s Twin Towers unraveled in 2001, founder of Ashtanga Yoga, Sri K. Pattabhi Jois, visited NY to teach a group of Ashtanga yoga followers in the heart of the city. What started as an innocent, personal film titled Ashtanga, NY turned into a life-changing journey for Jois. Throughout Ashtanga, NY, Jois dives into the principles and beauty of Ashtanga and exhibits a rare glimpse into his family, as well as the wider Ashtanga community. As one of America’s biggest tragedies unfolded, Jois illustrates how Ashtanga yoga can bring people together at times of both tragedy and happiness.

Created by filmmaker Kate Churchill in 2008, Enlighten Up! is a movie that explores and reaffirms Churchill’s belief that “yoga can transform just about anyone” for the better. From the beginning, Churchill works with yoga skeptic Nick Rosen, and the poignant yoga documentary follow’s both Kate and Nick’s journey as she attempts to “convert” Nick by immersing him in the world of yoga. The pair travels across the country meeting celebrities, eccentrics and gurus and discover the unexpected.

Possibly one of the most spiritual films on our list, German director and filmmaker Philip Gröning’s Into Great Silence is an understated exploration of the lives of Carthusian monks at the Chartreuse Monastery or Grande Chartreuse in the French Alps. The monastery is the head monastery of the Carthusian Order – a Catholic religious order derived from the Chartreuse Mountains. Gröning partakes in prayer and discovers the importance of reading and reflecting on sacred books, silence, mantra, meditation and keeping holy company and its role in spirituality and meditation. Gröning also ventures into the surrounding countryside on weekly walks in which he speaks to the monks – the film has little dialogue, but what the film lacks in words it makes up for in cinematography and immersion.

The perfect educational tool for yoga teachers, students and practitioners alike, Yoga Unveiled “covers the most comprehensive overview of the yoga tradition in its true essence,” with a focus on yoga’s true goal: self-realisation. The film guides us through the different levels of yoga, beginning with strengthening the body and mind. It explores the essential principles of yoga as well as its history and philosophy, which is often forgotten by 21st-century yoga students. If you’re an aspiring yoga teacher preparing to pursue a yoga teacher training program, watch Yoga Unveiled before you begin.

Tracing the life and teachings of Ram Radd, a New Age mystic and author of the best-selling book Be Here Now (1971), Ram Dass, Fierce Grace chronicles Dass’ life, from his affiliations with Timothy Leary (famed LSD advocate) to his healing process after a stroke in 1997. Dass is an internationally renowned speaker on aging, spirituality and overcoming past mistakes; his book recently featured on Oprah’s online network. If you’re interested in Dass’ teachings or are currently healing, this is a must-watch.

If you love yoga and meditation but are wanting to look at life in the grander scheme of things through the film, watch Ron Fricke’s Baraka, translated as “a blessing, or the breath, or the essence of life from which the evolutionary process unfolds”. The documentary journeys through 24 countries and is a beautiful commentary on what it means to be human. This documentary doesn’t follow a traditional narrative and has no dialogue; however, it’s images are powerful enough to invigorate and educate.

The last and latest yoga documentary on our list, 2013’s Why We Breathe was filmed over six months as its crew traveled across the United States on a journey of discovery, asking the question: What drives yoga practitioners? The film explores the heart of the desire to practice yoga and why yoga is so popular. The documentary also looks at the effects of yoga and the positivity it can bring to life.

If you’re passionate about yoga or looking to get into yoga and understand its principles, take the time to watch our yoga documentary suggestions to boost your knowledge and, ultimately, the effects of yoga, meditation, and mindfulness. In part, yoga is about accepting the practice and allowing it to work its wonders physically, mentally and, of course, spiritually for an all-around healthier and happier you.

Please feel free to leave a comment with your yoga film and yoga documentary suggestions, too.