Bhagavad-Gita and its influence on Yoga Philosophy 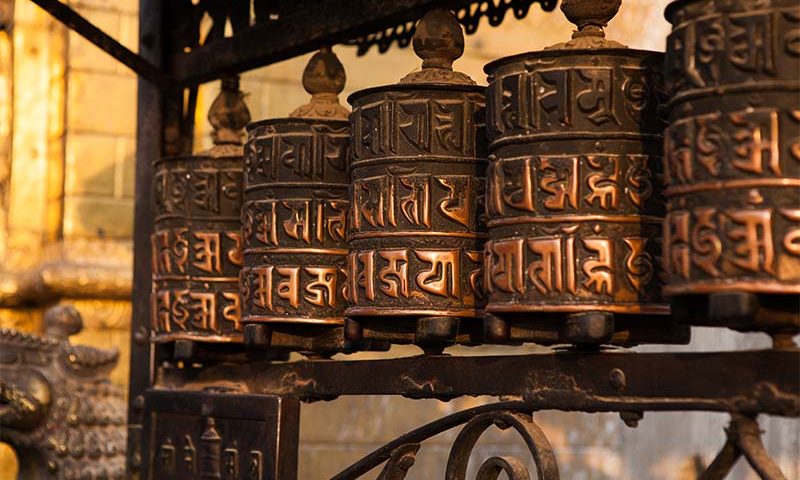 Originating from India, the Indo-European language known as Sanskrit formed the basis of traditional yoga practice. Today, there seems to be an ongoing debate within the yoga community about whether yoga should still be taught in Sanskrit. Commonly referred to as ‘the language of yoga’, it is widely believed that classes feel more authentic when taught in the traditional language. Mantra chanting, Kirtan and certain other techniques can be learnt much easier if one already has a basic knowledge of Sanskrit. Below, we discuss the language of yoga in more detail and explore a couple of the reasons people are still teaching with this traditional technique today.

Ever attended a class at your local yoga centre and found yourself puzzled in your yoga clothes at the names of the poses? If you have, then your teacher may have been using Sanskrit, a traditional language originating in India. Although this ancient language is seen in a variety of philosophical texts in the Eastern world, most of the Indian population do not actually use Sanskrit as their first language. Keeping this in mind, it begs the question: why is Sanskrit so often used in yoga?

Throughout the duration of their instructor training, the majority of yogis find themselves faced with the renowned debate over whether to instruct the poses in their Sanskrit names. Deciding whether to teach in Sanskrit or English can seem like a hard task, especially when rational arguments for both sides can be produced. Commonly, newbies make the mistake of believing Sanskrit is impossible to learn, so decide to opt out of using the original, native language. Although many individuals decide they do prefer to teach only in modern English, it is easy enough to pick up a basic understanding of the Indian language – if you put in the time. Once you’ve mastered the basics, you boast the ability to bring a whole new dimension to your classes.

Deriving from India, the Indo-European language was traditionally seen used in the Vedas, India’s ancient religious texts. With the phrase translating to “well-formed, refined, perfect or polished” Sanskrit was first apparent in the Vedas mentioning the lifestyle and techniques associated with traditional yoga. In the traditional Sanskrit language, the word yoga has a variety of different translations; some of which include “to put to active and purposeful use” and “yoke, join, or concentrate”. To put that simply, yoga is thought to describe the act of uniting or a method of discipline. Men that decide to take part in the practice are known as yogi’s, and women are referred to as yoginis.

Sanskrit was believed to derive from the god Brahman, with the language originally being referred to as ‘Deva-Vani’ (translating to ‘Gods Language’). Later, it was believed to have been passed onto the Rishis who made the decision to spread the ancient language to the people on earth. First used in a collection of sacred hymns known as the Rig Veda, in it’s written form Sanskrit can be traced back to the 2nd millennium BCE. Long before this, though, it is believed to have continued to spread from generation to generation through word of mouth.

Why is it used in Yoga today?

Commonly known as ‘asanas’ each of the yoga poses boasts its own unique name. While occasionally the traditional Sanskrit names are used in classes today, the majority of the time translated English versions are used instead; this allows every individual to understand what the instructor is saying, regardless of whether or not they know the Sanskrit names. Although the names can seem clearer to understand when translated into English, there is believed to be inconsistency within the names when they are taught this way. When sessions are taught using the Sanskrit names, participants are provided with more clarity. Keeping this in mind, while it may take yogi’s a little longer to get to grips with the Sanskrit terminology, there is a wide array of benefits that make it worth their while.

The original practice of yoga was not thought to be put in writing until the 1900s, meaning that prior to this the art was just passed on through oral communication.  Although today, certain individuals still prefer to use printed material to aid the learning process, the majority of the time yoga is taught through spoken classes, continuing the oral tradition. Once in a comfortable position on their mat, each student will listen intently to the instructions of the teacher, performing each of the postures based on the spoken word. Most importantly, some yogis feel that teaching the practice in traditional Sanskrit honours yoga gurus of the past. As a way to respect the tradition, teaching classes through spoken word is seen today as the most popular method.

Ever wondered why the sound “Om” is often chanted at the beginning of a session? When spoken, this traditional Sanskrit word is believed to cause vibrations that represent all areas of creation. Still playing an important part in Indian culture, many believe that different sounds boast healing properties. When spoken aloud, each sound holds its own wavelength; this has lead to the belief that certain Sanskrit words stimulate the chakras when chanted, thus leading to improved energy flow around the body.

Today, it is still a heavily controversial topic with each person holding their own opinion on the benefits or hindrances of using Sanskrit in yoga. If you do decide to spend time learning the ancient language, however, there is no question that numerous benefits can become apparent. Whether you are interested in it providing added clarity to students in a class, or you are hoping to connect on a deeper level with the ancient tradition, learning Sanskrit can be fun, simple, and beneficial.