Healthy Gift Ideas for Her 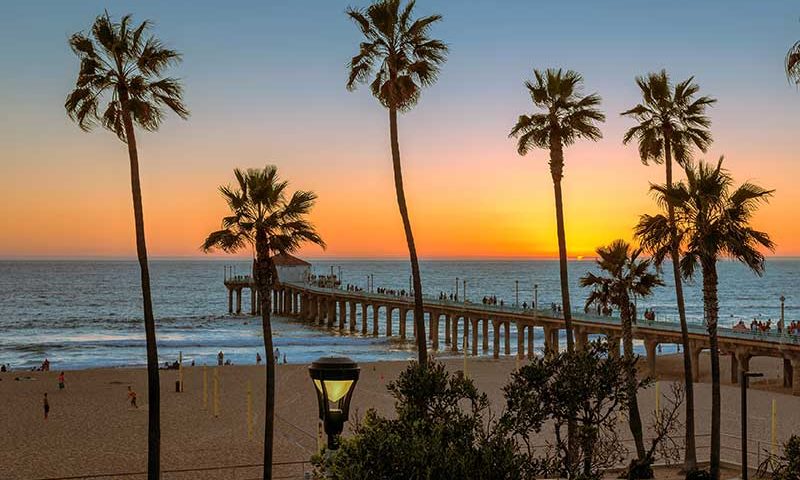 Unbelievably, there are well over 100 yoga studios in Los Angeles, with almost every style of yoga covered, including Hatha, Iyengar, Bikram, and Ashtanga Yoga, plus many others. Better still, LA is considered one of the best American cities for yoga, alongside San Francisco, San Diego and Washington. However, with all these yoga studios, how do you find the right LA yoga studio for you?

Below, we explore some of our favorite yoga studios in LA.

Originally Santa Monica’s largest yoga studio, The Yoga Collective is now based in Venice and is perhaps best-known for its online yoga classes. However, despite it striving towards bringing yoga to the world through the web, The Yoga Collective still boasts a packed yoga class schedule suitable for everyone from budding beginners to perfect yoga pros. The Yoga Collective’s two main types of yoga class are Vinyasa Flow and Power Yoga, taught by an array of exceptionally qualified yoga pros such as Shayna Hiller and Travis Eliot. Classes are available from 7am until 9pm, with deals from just $15.

If you prefer your yoga active and physically demanding, you’ll love The Yoga Collective.

Situated on the edge of Runyon Canyon Park, Runyon Canyon Yoga offers free yoga sessions three times a week; however, there’s a suggested donation of $5 which, as we’re sure you’ll agree, is very reasonable. Daniel Overberger, a fully qualified and dedicated yoga teacher practicing Vinyasa Yoga, leads the classes. Overberger trained in Mysore, India, early in his career and, in 2010, returned to Mysore to study with BNS Iyengar. Daniel has been involved in a variety of high-profile yoga events, too, including a two-day yoga fundraiser for those defending Standing Rock in 2016. The Runyon Canyon Yoga classes take place on Monday, Wednesday, and Friday between 10:30am and 11:30am.

If you enjoy being in nature and soaking in fresh air while practicing yoga, visit Runyon Canyon Yoga.

Do not let being pregnant stop you from enjoying yoga. Visit Silver Lake Yoga.

YogaWorks is one of Los Angeles’ largest yoga studios – it has five locations throughout LA and a further 12 across California, including the “charming” spot that was City Yoga, which it purchased in 2015. The chain is best known for its program of online yoga classes. All of YogaWorks’ studios are simple but stylish. Classes start from as early as 6:30am and include a variety of yoga styles, including Hatha, Vinyasa, and Iyengar Yoga, plus muscle-training and Pilates classes. YogaWorks’ classes are $25 per class for drop-in; however, they have multi-book packages and membership from $105 per month.

If you’re looking for flexibility in where you practice Yoga, YogaWorks is ideal.

Winner of the 2017 Best Yoga Studio Los Angeles, Set & Flow Yoga is one of LA’s finest yoga studios with a clean-cut and contemporary ambiance. The building comprises of three separate heated yoga studios which have been kitted out with the latest yoga equipment. Many describe the restrooms as “spa-like”. As well as offering a variety of yoga classes and styles, including Hot Power Flow, Vinyasa, and Bikram, Set & Flow has its heart set on complete fitness, too, and offers numerous boot camp, circuit, cardio and Pilates classes. Classes start from as early as 6am and run until 10:30pm. Day passes are $25; however, there are membership options available from $99.99 per month. Parking is $3.

Surprisingly affordable and with a luxury twist, Set & Flow is perfect for yoga and overall fitness.

Wanderlust Hollywood is one of LA’s newest yoga destinations and is an all-around wellness haunt. Not only does the studio have a variety of excellent yoga classes, but it also has an on-site cafe serving up delicious, healthy treats to keep your going. Wanderlust’s Yoga classes include Flow, Vinyasa, and Kundalini Yoga, as well as classes for aspiring teachers. Monthly membership starts at $149 and drop-in classes from $20. Membership comes with a variety of benefits, including paying a much lower per-class rate, free valet parking, access to monthly members-only activities, and 20% off branded merch.

If you’re looking for an alternative but still mindful atmosphere when practicing yoga, you can’t get better than AuraYoga on Sunset Boulevard. Rather than being stuck in a dull room during your class, at AuraYoga, bright, colorful lights surround you and help to get your mind and body in shape. AuraYoga offers a variety of classes covering different yoga styles, including Flow and Power Yoga. Other classes include chakra realignment, meditation, and breathing-orientated yoga. Single classes are $22; however, there are a variety of bulk-book and membership options from as little as $105.

At AuraYoga, spend an hour away from life’s stresses, in a medley of color.

No matter where in Los Angeles you are, there’s a superb yoga hotspot on your doorstep. Prepare yourself, grab your yoga gear, get some friends together and head to your nearest LA yoga class.